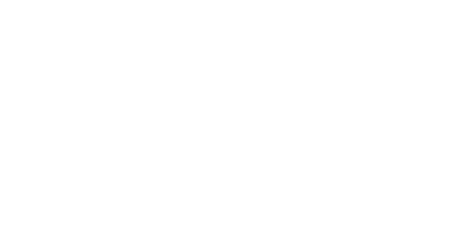 Horse milk, also known as mare milk, is an alternative to cows milk, joining the other alternatives of soya, oat and goat suitable for those who can’t tolerate traditional cows milk. While horse milk is not as widely recognised than these, it offers multiple benefits and can be used as a normal milk substitute or as an active ingredient in beauty products.

Horse milk has a number of reported benefits which many people have benefitted from. These include:

Horse milk contains lots of vitamins, such as Vitamin A, Vitamin B, Vitamin C and Vitamin E. This allows for people to gain appropriate vitamin consumption by substituting cow milk for horse milk, with cow milk containing less vitamins.

Horse milk helps to regulate the stomach acid for humans, resulting in better and more regulated digestion for the body. It contains less casein that in regular cow’s milk which gives your stomach an antibacterial boost, whilst being rich in certain antibodies that are known to reduce the symptoms associated with constipation, bloating and indigestion.

Cow’s milk contains more calories and a higher fat content that horse milk, which makes horse milk more favourable for people who are looking to intake less calories or a lower fat content.

Within horse milk is found various amino acids which help to protect the human immune system at any point in time. Over a prolonged period of consumption, a trend of a healthy and responsive immune system has been seen within humans.

The consumption of horse milk has been associated with the relief of tiredness, stress and tension for humans of all ages. It also has been found to help provide a relief to the elderly experiencing ailments.

For non-pasteurised bottles of milk, it can be frozen and stored in the freezer for 12 months without any detrimental characteristics of the milk, allowing it to be used over a long period of time if required.

How is it Made and What is it Used For?

Female horses, like most mammals, will lactate to feed their babies. At this time the milk is taken from the horse to then be processed before being used in a variety of ways, such as for consumption or in cosmetics.

In cosmetics there are a range of applications for horse milk, from being used as the main ingredient to being a smaller part of the end product. It’s possible to purchase some ‘mare milk crème’, which boasts various benefits for the skin upon application, for example improving skin flexibility to prevent wrinkles. Other uses of horse milk in cosmetics are in shower gel to allow for the user to reap the benefits on their skin in a different type of application.

For consumption, it’s currently becoming popular in Europe as a product of consumption and for some it is replacing cow’s milk to receive the added health benefits that horse milk has compared to cow milk. It is slowly becoming more popular in places such as the UK but has been popular for many decades in places such as Germany and in Holland, with a door to door service being available to purchase horse milk from!

Throughout history there have been some interesting uses for horse milk, with Empress Sissi being known for bathing in it!

Nadine and Frans De Brabander created their horse dairy farm in 1997 upon news of a family member being prescribed horse milk for metabolic illness. To get started, they bought four horses but as their milk became popular, they soon purchased more to help appease the demand.

It’s at the point of taking the milk that commonly ponies are used, but Nadine and Frans’ farm, named Brabanderhof farm, they used the Belgian Draught Horses, as they are renowned for being very calm and well behaved, and due to their size and weighing between 800 – 900 kgs, there’s a lot more milk available for the taking than from a smaller pony.

For these horses, they are milked around 5 times a day and produce between 1 and 1.5 litres of milk each time. They use a similar milking machine that is used to milk cows to ensure that it safely extracts as much milk as possible. Today there are 57 mares on the farm, as well as three stallions and 30 – 40 foals. Due to the recognised qualities that horse milk offers, there are people that are referred to this farm for the milk from doctors for a variety of different health reasons.

Blood pressure has been known to be reduced for humans through horse milk consumption. This is because of the higher levels of potassium which acts as a vasodilator, therefore relaxing blood vessels and arteries and lowering the blood pressure.

Everyone knows of the term ‘drinking calcium makes your bones grow strong’, and this is especially true for horse milk. With a higher mineral content that cow’s milk, it has a better benefit for bones and helps to prevent Osteoporosis.

Horse milk has been known to help treat eczema in patients. It has been used through application to affected patches of inflammation on the skin which has been caused by eczema, psoriasis, rosacea or other forms of irritation. By combining horse milk with aloe vera or with coconut oil it can provide a relief to any areas of discomfort quickly.